This is a unique spin-off, in which nations do not send one song for the whole contest, but one song for each other participant. The goal is to find songs that the specific countries will like (participants do not have to like submitted songs themselves at all).

In other words, it's a game of guessing everyone else's tastes.

After all songs are submitted, each nation will receive a list of songs that other participants thought they'd enjoy and participants will rank them with Eurovision scoring system as in any other contest.

"Effi" prefix denotes the name comes from a nation, Effiland who organized a national final called Effifestivalen. In there, the line-up was made of other countries' suggestions. This gave and idea to an MSN game and, eventually, to the full-fledged Spinoff.

Rules regarding the submitted entries

Addition to the voting in which participants need to guess the nations behind the songs submitted to them. 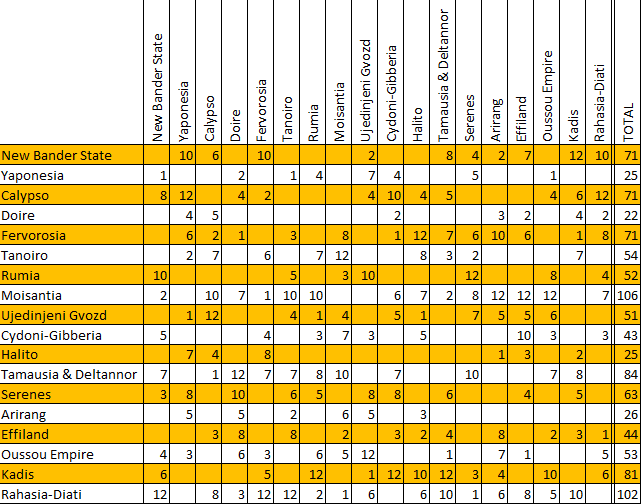