The Nonsense Spin-off was a Spinoff contest in which all nations, part of the NSC World, chose a song which is funny and doesn't make any sense. The results were announced in the 16th of November 2007 and Zombira hosted the show for the very first time in its history. 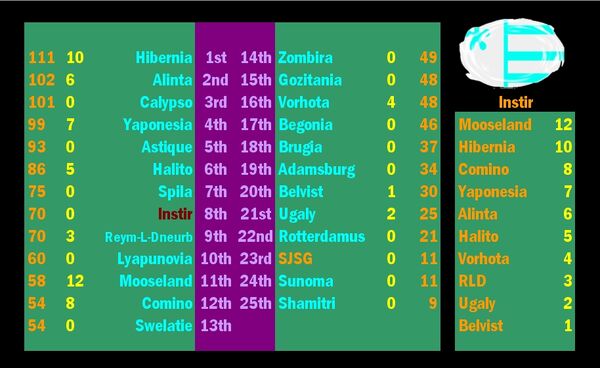 Retrieved from "https://nsc.fandom.com/wiki/Nation_Song_Contest_-_Nonsense_Spin-off?oldid=17615"
Community content is available under CC-BY-SA unless otherwise noted.