Nation Song Contest 20 was the 20th edition of the Nation Song Contest, and was held in Ugaly after their first win back in NSC 19. St. Lotus, Cydoni-Gibberia and Daffodilia debuted in the semi-finals, with St. Lotus reaching the finals. Alinta won the contest for the second time, beating second-placed Zombira by 10 points. 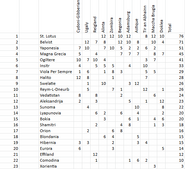 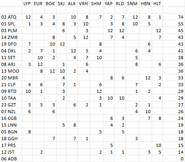 Semifinal 2 Rest Jury
Add a photo to this gallery
Retrieved from "https://nsc.fandom.com/wiki/Nation_Song_Contest_20?oldid=35475"
Community content is available under CC-BY-SA unless otherwise noted.