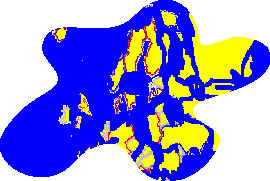 QuiénDQ made its debut in the 43rd edition of NSC.

QuiénDQ has also taken part in spinoffs, the first of them being the 90's one.

The first to date happened when QDQ-TV organised NSC Congratulations 7.

Retrieved from "https://nsc.fandom.com/wiki/Qui%C3%A9nDQ?oldid=22594"
Community content is available under CC-BY-SA unless otherwise noted.